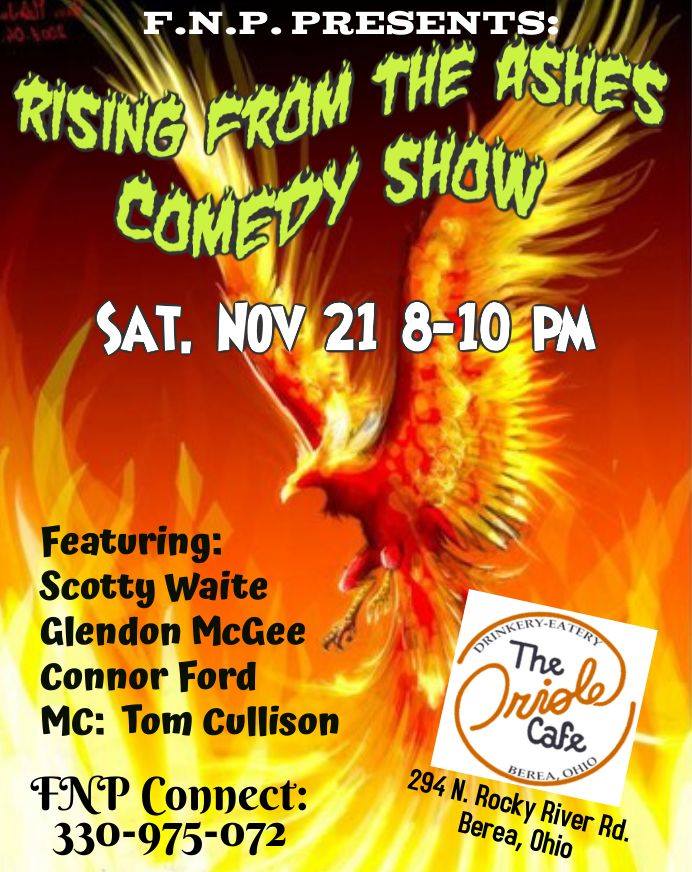 Moved From Wilberts......Funny Noizes Productions with The Oriole Cafe welcomes you to join us for All The Fixins Comedy at The Oriole Cafe located at 294 N. Rocky River Drive in Berea on Saturday Nov 21th from 7:30 - 10 pm.

FNP highlights local and regional feature and upcoming comic talent for your enjoyment. You never know who might show up, so this will be the place to be!!

This is a FREE event and we strongly suggest you make your reservations early by getting tickets on Eventbrite or calling our hotline at FNP Connect[masked].
FREE TICKET REGISTRATION LINK:eventbrite.com/preview

The Oriole Cafe serves great home cooked food, with many beers on-tap, a full bar, with lunch, dinner and late night menu. Whether you’re in the mood for a burger and fries, a from-scratch meal like mom’s, or just some nibbles and a pint, you’re likely to be satisfied after a stop at this Baldwin Wallace University hot spot.

Scotty Waite is an Portland,OR born Comedian who currently lives in Phoenix,AZ. Known as the unofficial "Bad Boy of Mormonism", Scotty draws from his life experiences and religion, but doesn't mind if you laugh at his pain. He has performed at every major venues in Phoenix and has also graced The Belly Room at The World Famous Comedy Store too. Watching Scotty is like having a very fun but awkward conversation, in a good way and having him on your stage will be the best time and laugh's you'll ever see.... For that weekend!
Glendon McGee is a Compton, California born and Arizona residing Comedian who has been making audience's laugh for almost a decade. His stories about growing up against the odds in more than one way, and his takes on life will have you laughing non-stop. He's performed in various club's throughout Arizona and is recognized as one of the funniest in Arizona amongst audience and comedians alike. Booking Glendon will make any show a surefire success!
Connor Ford has done standup everywhere from Colorado to Indiana. Including The Second City and Zanies, as well as graduating from the second city's conservatory and writing and starring in several plays there. Find Connor on twitter @theconnorford and his podcast "it's just bits" on YouTube.
Your MC/Host tonight is WNIR's own Tom Cullison whose golden voice and golden hair never leaves you guessing what he's really all about. 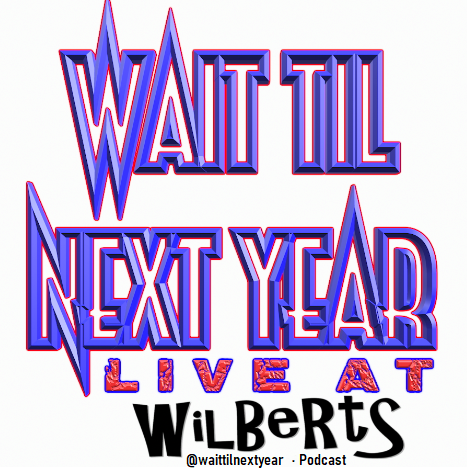 WAIT TILL NEXT YEAR!

With Mike In The Night & Chris Ketler of Funny Noizes Productions, 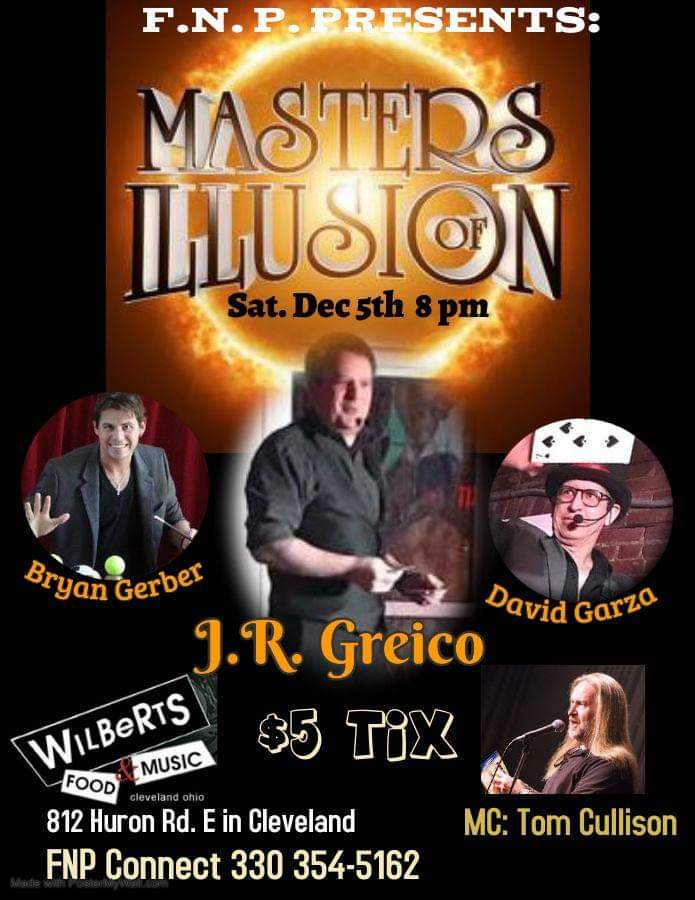 Funny Noizes Productions and The Oriole Cafe invite you join us on Sat. Nov 21st at 8:30 - 10 pm as they present Rising From the Ashes Comedy Show. The Oriole Cafe is located at 294 N. Rocky River Drive in Berea, Ohio.
Tickets are $5 each and space is limited, so we strongly recommend your getting reservations in as soon as possible to either Eventbrite or by calling FNP Connect at 330-975-0072.
Wilbert's is a Bistro with a southwest twist! Everything is homemade or as the big chefs call it "From a scratch kitchen"! They shop exclusively at the west side market-keeping everything as fresh as possible and affordable as well.
Comedy magician J.R. Grieco is performing more than what he refers to as "small miracles" these days. He is being sought after throughout the Greater Cleveland area. J.R. has performed all throughout the Greater Cleveland area including: The Cleveland Zoo, Deloitte & Touche, Beaumont High School, Cleveland Metro Parks, and the Cleveland Free Masons. But J.R. still has a few tricks left up his sleeve. He currently is a regular at Hilarities' Pickwick and Frolic in downtown Cleveland during select weekends.
Highlights include:
• Warm-up act for Night Court's Harry Anderson •
• Appearance with Gregor Popovich and Moscow Circus •
• House magician and juggling instructor at Emagication Magic Shop •
• "April in Paris" - Berea County Fairgrounds •
• Multiple appearances on channels 3, 5, & 8 - nightly news •
• Write-ups in Cleveland Plain Dealer and Sun Journal Newspapers
David Garza, from Lake Erie Illusions, is one of Cleveland’s favorite magicians. You can find him entertaining adults all over town performing walk around close magic and stage shows at corporate events, street festivals, private events, and local bars and restaurants. Combining sleight of hand, psychology, and humor, David goal is to not only amaze audiences, but to have them experience true wonder. David has been studying, practicing and performing professional magic for the last 20 years focusing on why and how the brain is fooled. He turns what he has learned into a fun and wonder filled experience that baffles, befuddles, and flumoxes you in a way that you just keep wanting more. Lake Erie Illusions : Experience The Wonder !
Bryan Gerber has been performing since he was able to walk and talk. Bryan gave his debut performance, at the age of 2, introducing his father and fellow magician for his daycare class. Bryan has been practicing the art of magic since he was 4, and taught himself ventriloquism from the time he was 6. Bryan learned all his magic from his father Paul Gerber and has carried the tradition of magic in the family ever since. Since then he has personally learned from great performers such as Jimmy Nelson and Jeff Dunham. Bryan has begun to build up a reputation in the magic world as a budding card technician and expert in gambling techniques In addition to performing at his high school’s annual talent shows, from eighth grade through his senior year of high school, Bryan has performed at community events, libraries, bars and clubs around northeast Ohio.
Our MC/Host tonight is popular radio personality Tom Cullison of WNIR 100.1 FM The Talk of Akron radio who voice is just as golden as his hair.

The 4th Annual 12 Bars of Christmas Crawl is back!

What you get:
🚌 School buses to transport you to participating bars!
💰 $500 Costume Contest! ($250 1st, $150 2nd, $100 3rd)
🎅 16oz color changing Santa stadium cup for all your drinks!
🎉 Access to exclusive after party starting at 8pm!
🎄 Santa Hat for online orders only while supplies last!
🎅 Wristband for entry and drink/food specials!
🎄 No cover with your ticket purchase!
🎅 Drink specials at all participating bars!
🎄 Everyone dressed in outrageous costumes! 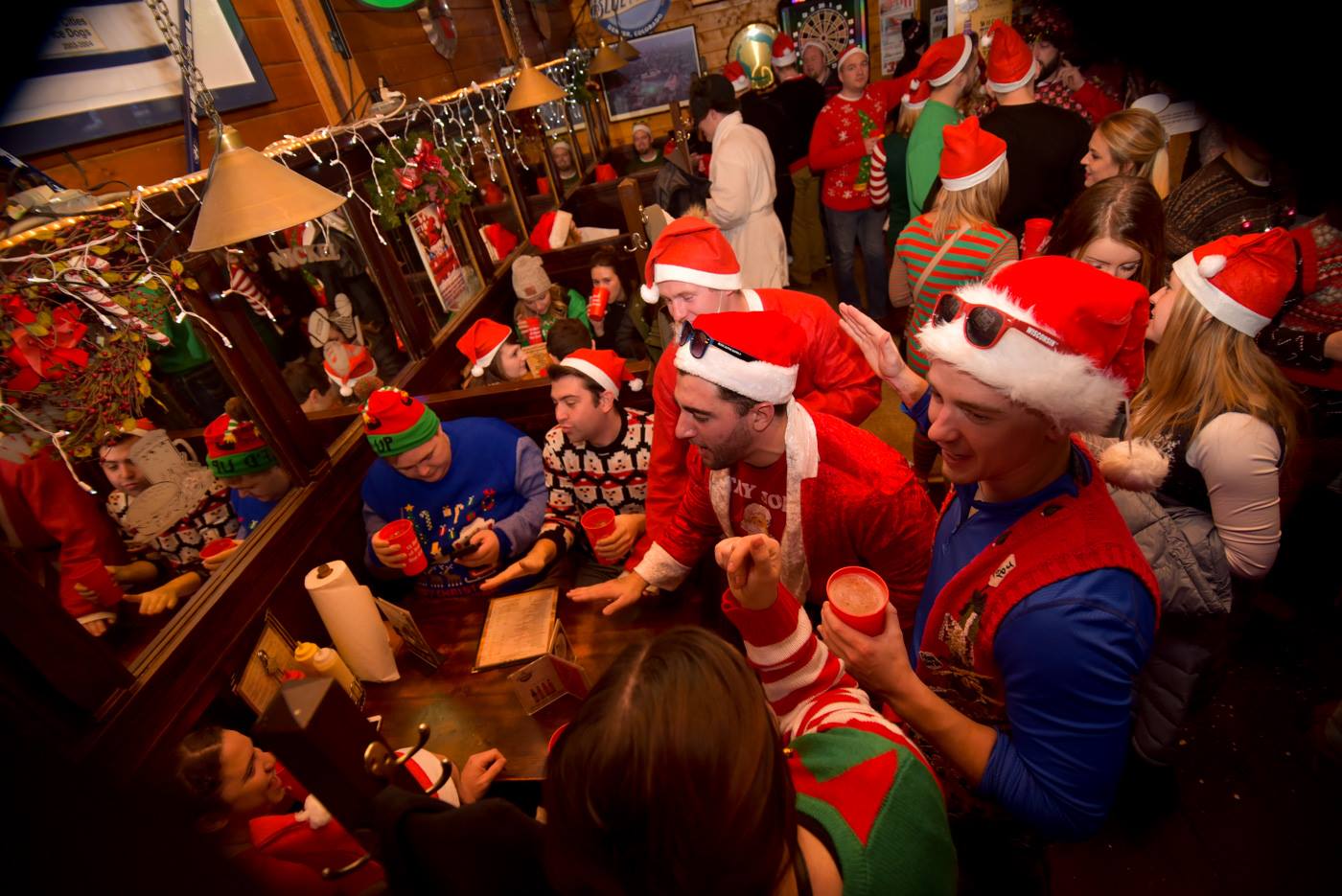 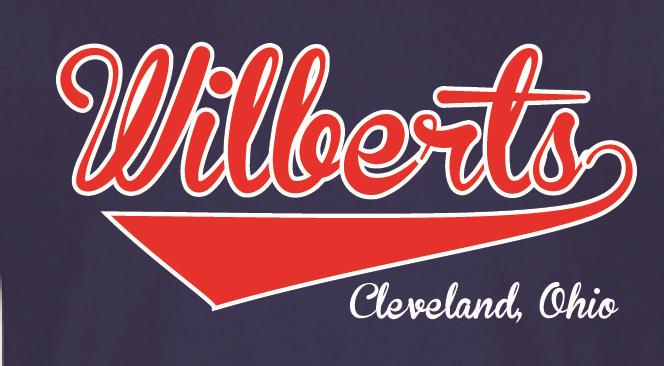 What can I get you ?

E-mail me or Call me 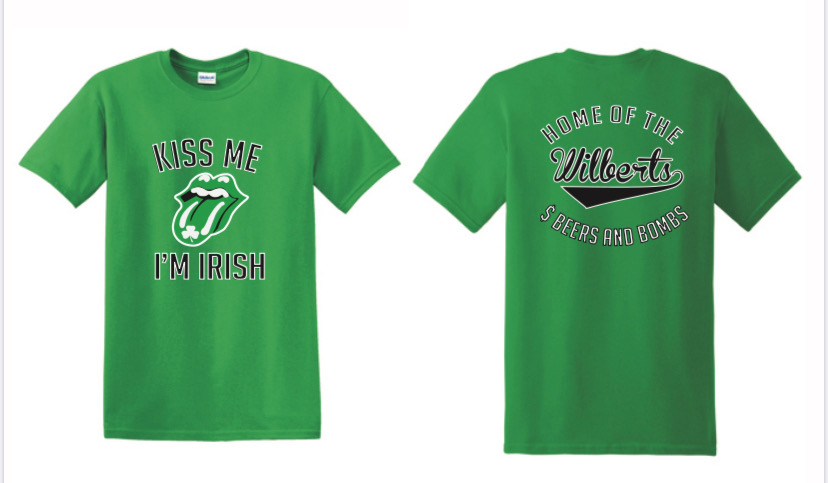 The BEST DAM DEALS DOWNTOWN! $3 DOMESTICS ~ $3 BOMBS $4 FireBalls and so are shots of Jameson +

2020 Grammy Nominees that have played for me.

Me and my husband have been to Wilbert's several times and I must say I really enjoy it. I love the menu selection. Particularly the salad selection. The selection of beer is nice too. One of the best places to go after the game! You should totally check out the band Master T.C. and The Visitors. They would fit really well with the hip atmosphere. They are one of the best local bands we have seen around. If you have a large party, Wilbert's is perfect for the whole family! Looking forward to returning to see Mike Edel!

We've been to Wilbert's Food and Music several times now and each time We've had a blast. The drinks are reasonably priced and it's a very cool place to hang with your friends. The staff is very friendly as well! My girlfriends and I really enjoy hearing local music and This is also great place to do so. It's great to have another place supporting local musicians. You should look into getting Master t.c.& The Visitors to play. They are a local band we see a lot they are amazing...

Had a great time! Food was good! Waitress was great! Loved the owner!

Wilberts is an amazing' joint...killer food, wit a 'lil pop to it....warm up your belly......owner, Mike Miller, has been bringing the best in live music to Cleveland for decades.....the staff is pro....great joint

One of the coolest restaurant bars in Cleveland. The food is great, the music is great any night, and the owner is great. Don't listen to some person who tried to get free food, then B****es when he gets caught. Been there 20 times, never had a bad time. Almost never a cover charge, and you can order anything on the menu and it's really really good. Norman Nardini!!!

Scroll To Top
We use cookies to ensure that we give you the best experience on our website. If you continue to use this site we will assume that you are happy with it.Ok